As part of their strategy to promote French agricultural innovation internationally, AgrOnov, the European agroecology innovation hub, and the Regional Economic Agency of Bourgogne-Franche-Comté (AER BFC), are formalizing a partnership with their North-American counterparts from Saint Louis, Missouri.

On May 28, 2018, AgrOnov and AER BFC welcomed a delegation of innovation specialists from Saint Louis, in order to formally establish their partnership ties by signing two Memorandums of Understanding (MoU):

Watch the video : signing of MoU 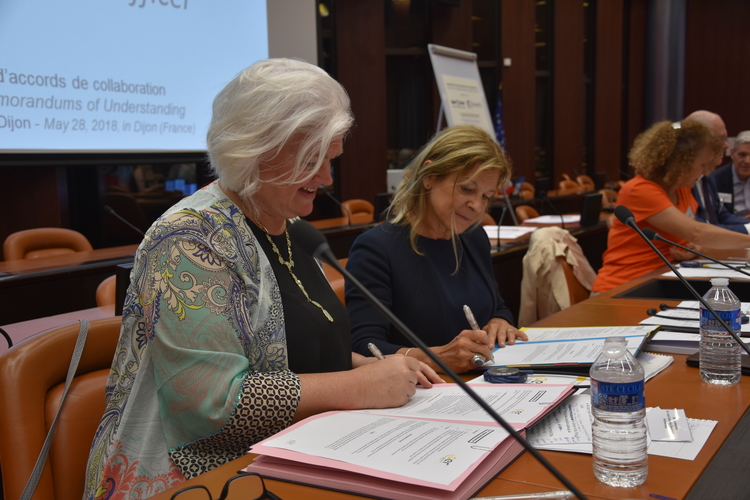 This event follows the first business trip that took place in September 2017, organized by AgrOnov and AER BFC in partnership with Business France. That trip already enabled three regional French AgTech startups to learn about the market in North America and the specific ecosystem of Saint Louis.

“These partnerships reflect a common line of action aiming to foster the development of innovative companies in the field of agriculture– both in the U.S. and in France,” said Arnaud Marthey, president of the AER BFC.

The Saint Louis area in the United States, like the Bourgogne-Franche-Comté region in France, has a very rich ecosystem of innovative players in AgTech/Biotech and entrepreneurship.

Close collaboration offers an optimal way for French companies to develop abroad and it builds a bridge for shared innovation between North America and France.

On Monday, May 28, the delegation from Saint Louis started the day with a tour of the local and regional ecosystem, before signing the two Memorandums of Understanding at 5 pm at the Region’s headquarters.
The day concluded with a cocktail party. 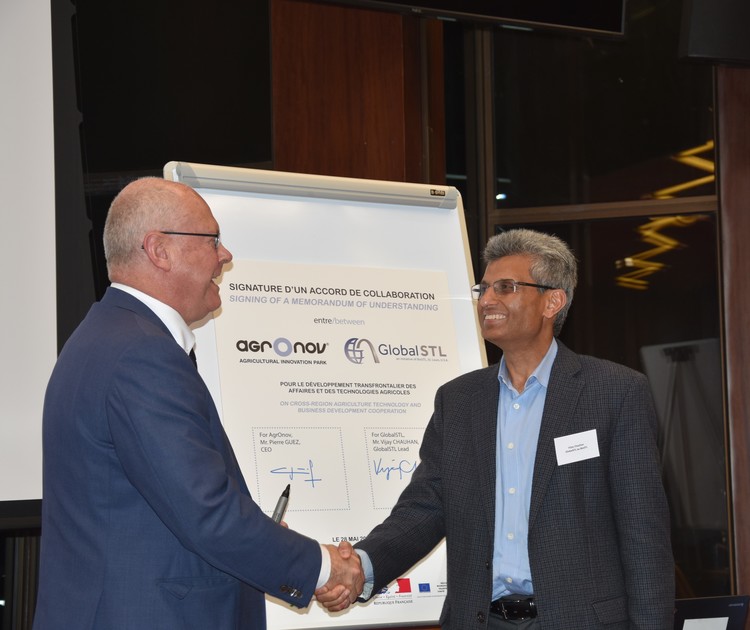 Why the United States ?

Development potential for French startups in the US, and the American market
The US has the largest amount of arable land in the world. It is also the world leader in livestock products, citrus and other fruit, and it ranks second for grains. But despite its huge production volumes, the US farm industry is facing many economic, environmental and social hurdles, including soil depletion, input prices, water management, rural exodus, etc. Due to the combined effect of these factors, fundamental changes are occurring in the American agricultural sector. US farmers are increasingly turning to agronomic research and new technologies. This phenomenon has been accelerating since 2013, demonstrated by the scale of investments made in AgTech. In 2015, worldwide, the sector recorded investments worth $4.4 billion (vs. 2.4 in 2014), including $2.9 billion in California, ahead of FinTech and CleanTech.
France has a strong reputation in the global landscape. It is the European leader in the field of agriculture, and its know-how is widely respected, especially in agroecology and precision farming. In order to enable French companies to seize opportunities on the North American market, AgrOnov is establishing partnerships to facilitate interactions between the companies in its network and industry actors in the US.

Potential for expansion and development of regional agribusiness
The Bourgogne and Franche-Comté areas form a large territory, covering 47,800 sq. km, including both rural and industrial activities, with farming occupying 63% of the space. This dual role in industry and agriculture offers fertile ground for an AgTech cluster.
The richness and diversity of the region’s agriculture are important advantages, making it a top priority for strategic actions. The Regional Council provides support to boost the competitiveness of farms and industries, helps new companies set up for business, supports protected product designations, and more. Agriculture is the essential upstream supplier of high-quality produce, constituting an important flagship for regional agribusiness and for the region as a whole, in terms of the economy and tourism.
As in the US, agriculture in France is rapidly transforming to meet current challenges. New practices and new equipment, which leverage information and communications technology, are crucial to the sector’s development. Bourgogne-Franche-Comté has the potential to become both a technological laboratory for experiments in what is now known as precision farming, or AgTech, and a global leader for the quality of its production.

The advantages of Bourgogne-Franche-Comté

BioSTL
The St. Louis area is internationally renowned as a leading actor in bioscience research and business, and it has created a dynamic community for young entrepreneurs, attracting project initiators and talented companies.
Founded in 2011, BioSTL is a regional structure supporting the biosciences in St. Louis. In collaboration with partners in research, teaching and innovation and with various economic players, BioSTL mobilizes all of its skills and its network to foster business creation and development in the biosciences and to stimulate economic growth in the St. Louis area.
AgrOnov and AER BFC have had a special relationship with BioSTL since 2016, following several business trips to the US.

AgrOnov, at a glance
AgrOnov is the European agroecology innovation hub. Located in the southern part of the Dijon metropolitan area, AgrOnov has a business incubator with 3,000 sq. meters (over 32,000 sq. ft.) of space, where the users have access to offices, meeting spaces and lounge areas, plus greenhouses, laboratories and experimental fields. The hub gives farming-related companies the opportunity to develop the network they need to boost their growth, to foster advanced agriculture combining profitability with responsibility. AgrOnov puts companies – from startups to major corporations – in contact with universities, schools and research centers, chambers of agriculture and technical institutes, ‘test’ farmers, farming-oriented investment funds, experts who support business development and public bodies interested in innovation. AgrOnov is a meeting point and a key actor for entrepreneurs, researchers and investors in the field of agriculture.
This ecosystem, located at the heart of the Bourgogne-Franche-Comté region, now has partnerships that help build its reputation beyond regional borders, in France and abroad.

In this respect, it works alongside companies and economic actors to support the region’s current sectors and help structure the most promising emerging sectors.
The agribusiness industry is one of the 10 strategic sectors targeted for a comprehensive action plan. The first missions carried out with Business France will now be formalized by the signing of this partnership agreement with the American cluster, BioSTL. 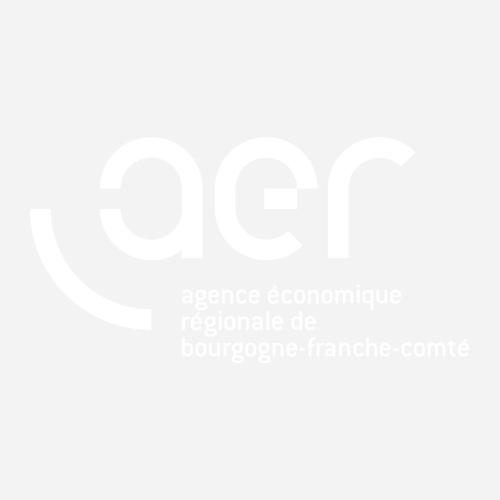 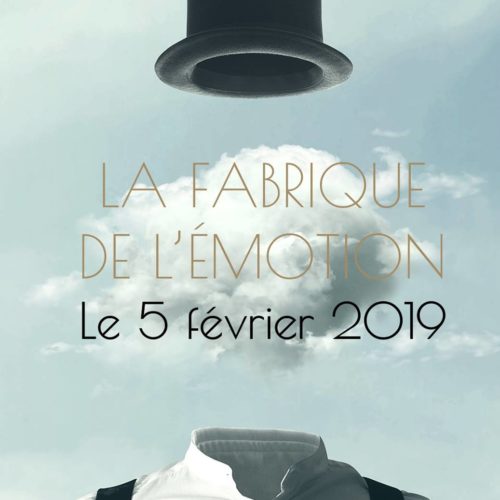 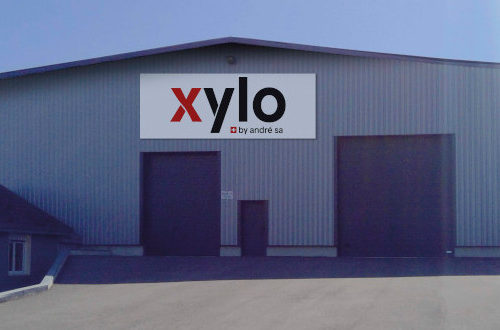 André SA, Swiss manufacturer of timber building frames and joinery products, sets up at Moncley (25) with the support of AER BFC